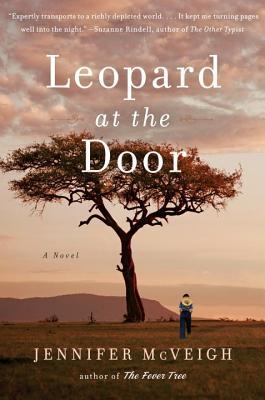 After six years in England, Rachel has returned to Kenya and the farm where she spent her childhood, but the beloved home she’d longed for is much changed. Her father’s new companion—a strange, intolerant woman—has taken over the household. The political climate in the country grows more unsettled by the day and is approaching the boiling point. And looming over them all is the threat of the Mau Mau, a secret society intent on uniting the native Kenyans and overthrowing the whites.

As Rachel struggles to find her place in her home and her country, she initiates a covert relationship, one that will demand from her a gross act of betrayal. One man knows her secret, and he has made it clear how she can buy his silence. But she knows something of her own, something she has never told anyone. And her knowledge brings her power.

I loved Jennifer McVeigh's debut novel The Fever Tree which was released in 2013 and was one of my favourite reads that year my review can be found here. I am so excited to read Leopard At The Door, that January 3rd can't come soon enough. Jennifer McVeigh has a way of transporting her readers to the places where her books are set so I can't wait for my trip back in time to Kenya. 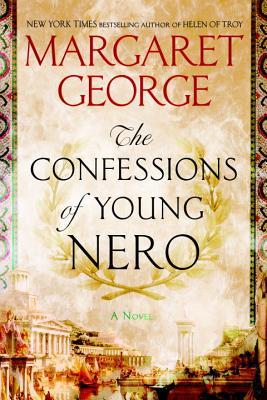 The New York Times bestselling and legendary author of Helen of Troy and Elizabeth I now turns her gaze on Emperor Nero, one of the most notorious and misunderstood figures in history.


Built on the backs of those who fell before it, Julius Caesar s imperial dynasty is only as strong as the next person who seeks to control it. In the Roman Empire no one is safe from the sting of betrayal: man, woman or child.
As a boy, Nero s royal heritage becomes a threat to his very life, first when the mad emperor Caligula tries to drown him, then when his great aunt attempts to secure her own son s inheritance. Faced with shocking acts of treachery, young Nero is dealt a harsh lesson: it is better to be cruel than dead.
While Nero idealizes the artistic and athletic principles of Greece, his very survival rests on his ability to navigate the sea of vipers that is Rome. The most lethal of all is his own mother, a cold-blooded woman whose singular goal is to control the empire. With cunning and poison, the obstacles fall one by one. But as Agrippina s machinations earn her son a title he is both tempted and terrified to assume, Nero s determination to escape her thrall will shape him into the man he was fated to become an Emperor who became legendary.
With impeccable research and captivating prose, The Confessions of Young Nero is the story of a boy s ruthless ascension to the throne. Detailing his journey from innocent youth to infamous ruler, it is an epic tale of the lengths to which man will go in the ultimate quest for power and survival.

Last year I The Autobiography of Henry VIII: With Notes by His Fool, Will Somers by Margaret George and I loved it. The amount of detail made me feel like I was in the room with the characters. I can't wait to read her newest book and March is just a bit too far away for my tastes.

What are you waiting on?